Ride at a Glance 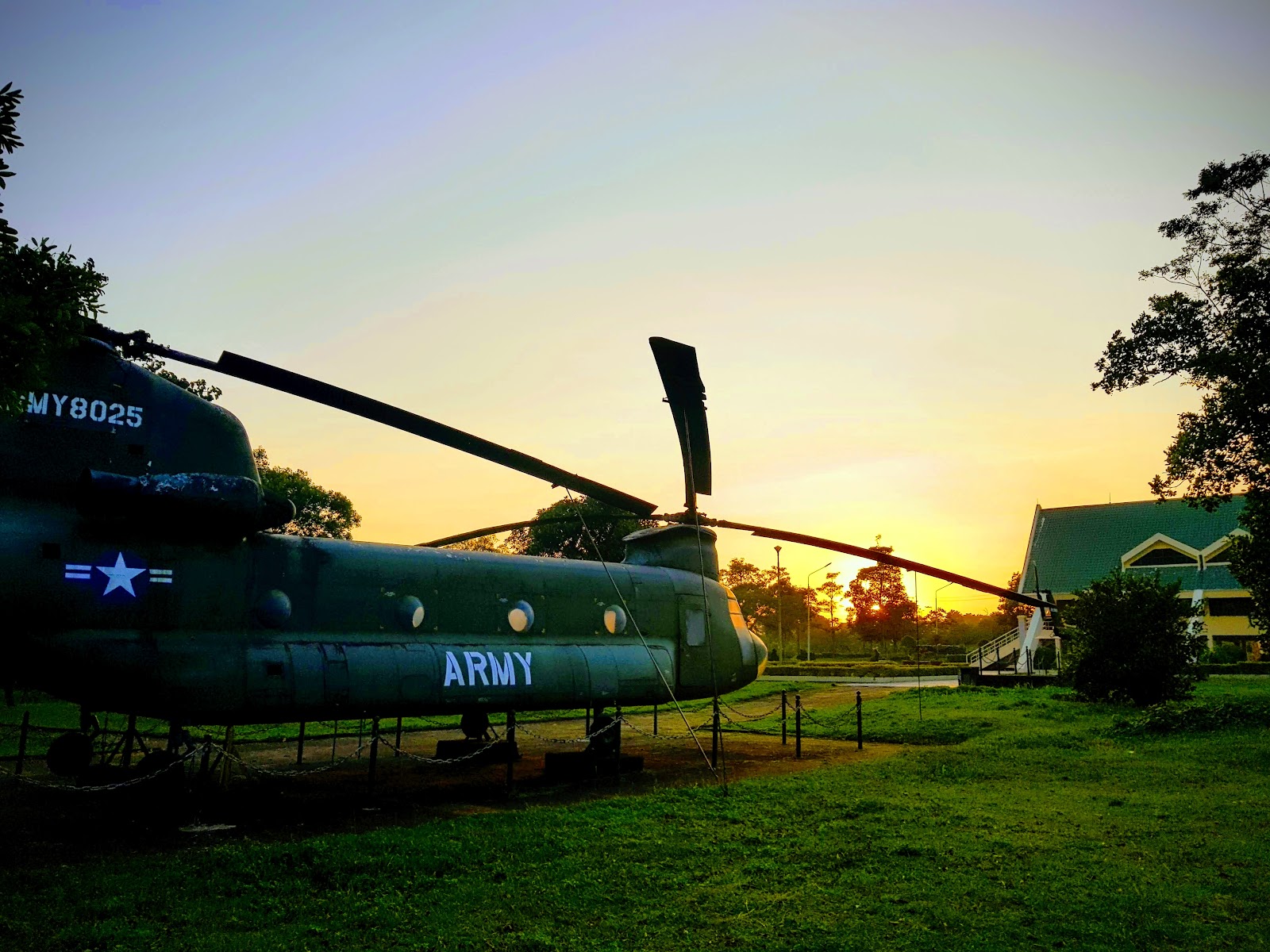 The Ho Chi Minh Trail - one of the ten best rides in the world.

On the 8 day motorcycle tour on Ho Chi Minh legendary trail, you will have chance to ride along this historical road, where Vietnamese history has turned into a new page. From the North to the South, you can see a range of relics and vestiges to know more about the Vietnam War.

Besides, riding motorcycle tours along coastal line will deliver you the most amazing moments with the breathtaking landscapes. Surely, Vietnam motorcycle trips on Ho Chi Minh road will be the unforgettable memories for every motorcyclists

We start from the outskirts of Ha Noi, ride alongside of the river on the dyke road, before reaching the new Ho Chi Minh highway. After 40km on back road with beautiful landscape of limestone mountains through the peaceful villages, we got to Hoa Binh City. There is an option within 10km off-road. The first 100m will be really a challenging for the first day as it is quite steep and bumpy. After lunch, we continue our ride in the mountainous area, on the side of Black River Reservoir. Before arriving in Mai Chau, we stop at the viewpoint on top of Thung Khe pass that gives you the view of Mai Chau town. Check in the home-stay with some cold beer, and dinner with some delicious local food.

Say goodbye to the host, we continue our tour. Ascending to Thung Khe pass, we stop at the viewpoint where we can see all the valley and the town of Mai Chau. We then take off onto a secondary road along the Black River hydropower reservoir.

In the afternoon, we will ride on some dirt tracks through the bamboo forest. Arrive to the area of Pu Luong Nature Reserve, check in to our homestay, jump into the creek to refresh after riding day.

In the morning, we will ride around to discover more about the nature reserve area on some single dirt tracks.

After lunch in Ngoc Lac, where we hit the Ho Chi Minh new highway, we continue our ride toward Tan Ky. If time permits, there will be another chance for an off-road riding before arriving to hotel. Dinner in a local restaurant 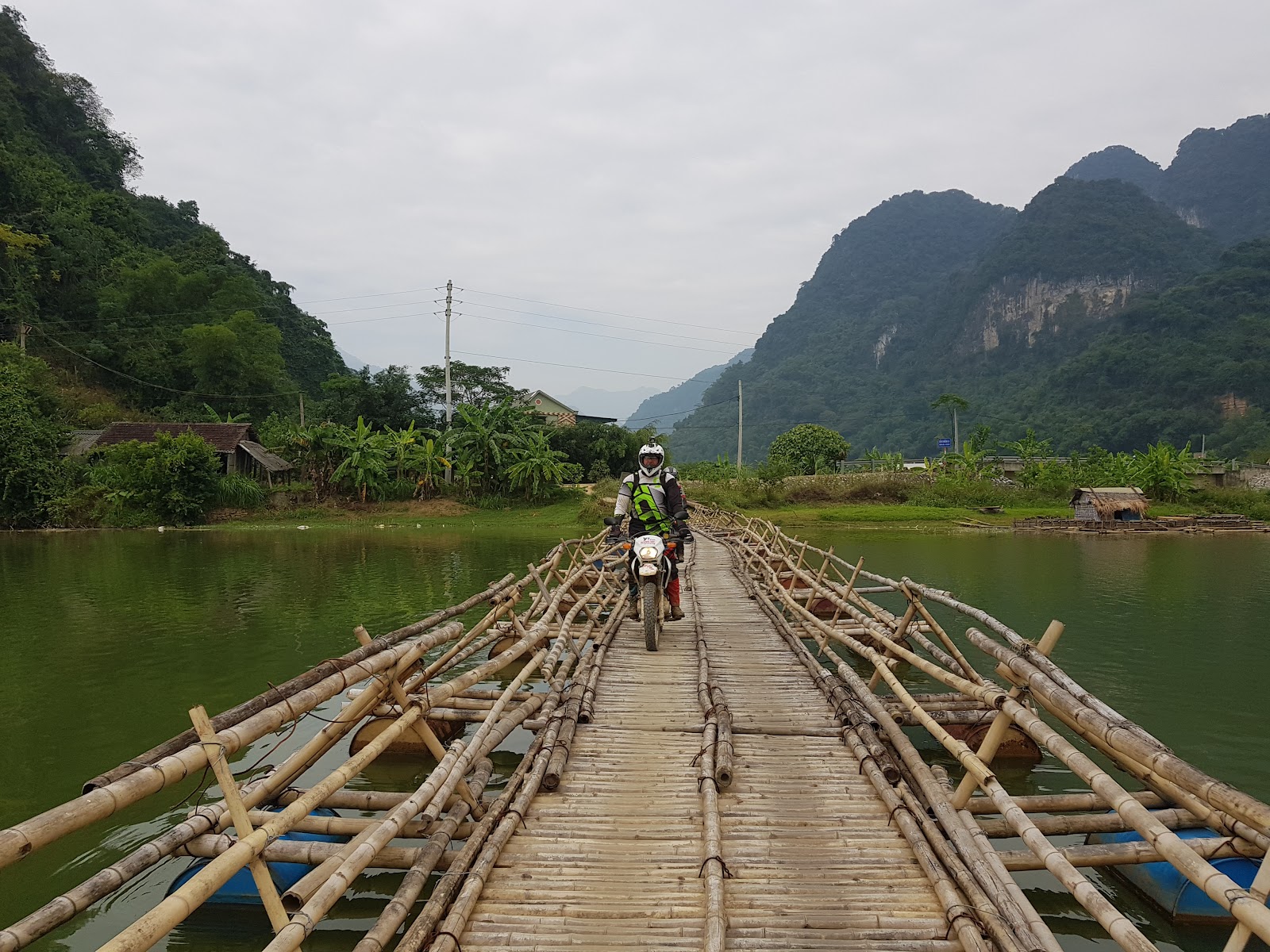 After breakfast, we take a visit the historical site of Ho Chi Minh Trail, Km No.0 monument, where all the troops, food, weapons and the equipments gathered before transported on the Trail down south.

We start our ride on a back road through villages with some parts on dirt before getting back on HCM highway. There will be another chance for some more dirt track with a river crossing along Laos border.

We stop at another site on the Trail, the Runway Khe Gat, the only airport combat on Truong Son mountain range, the legend of Vietnam Air Force in the  liberation process of the country.

Before arriving to the area of Phong Nha - Ke Bang National park, we will get off for a short ride on the path of the rice paddies for some fun. Overnight at the hotel, dinner in town.

Phong Nha - Ke Bang was recognized as the world heritage since 2003, with the special and unique karst formation evolved since the Paleozoic (about 400 million years ago). It extends to an area of more than 65km, lasting through the border of Laos PDR. This area has the significant values of both topographies and also biodiversity. There are hundreds of caves discovered here, and many of them have been evaluated and also taken into exploitation for tourism.

Discover the area of national park in the morning by taking a boat to visit the most famous cave, the Phong Nha cave. We can see the massive and huge one with glorious stalagmites in side. Boat will take us back to the hotel around lunch time. After lunch, we start our ride toward Dong Hoi city. Riding on some dirt track through villages along Con river, we will reach to the coast by Nhat Le beach. Overnight and dinner at the hotel.

200km with some off-road options.

Heading south on the track along the coast towards the former DMZ. In fact, there is still much evidence of bombing along the way. Take off for some ride in the pine forest and rubber plantations before taking in the Vinh Moc tunnel, the one in a strategic position, served as a bomb shelter for local people of Vinh Linh district, Quang Tri, Vietnam in the Vietnamese Demilitarized zone. The tunnel construction was started in 1966, and used until 1972. Around 60 families lived in the tunnel like normal with kitchens, rooms for living and so on. Roughly 17 children were born in the tunnel during the period. The people were believed to support food and other stuffs for Northern Vietnam garrison on Con Co island.

After lunch near the tunnel, we will keep riding to Hien Luong Bridge - the boundary between North and South of Vietnam in American war, visit the museum of the 17th parallel and Truong Son Cemetery.

Continue our ride on historical road No.9 along Dakrong river, we arrive to Khe Sanh. Overnight and dinner at hotel. 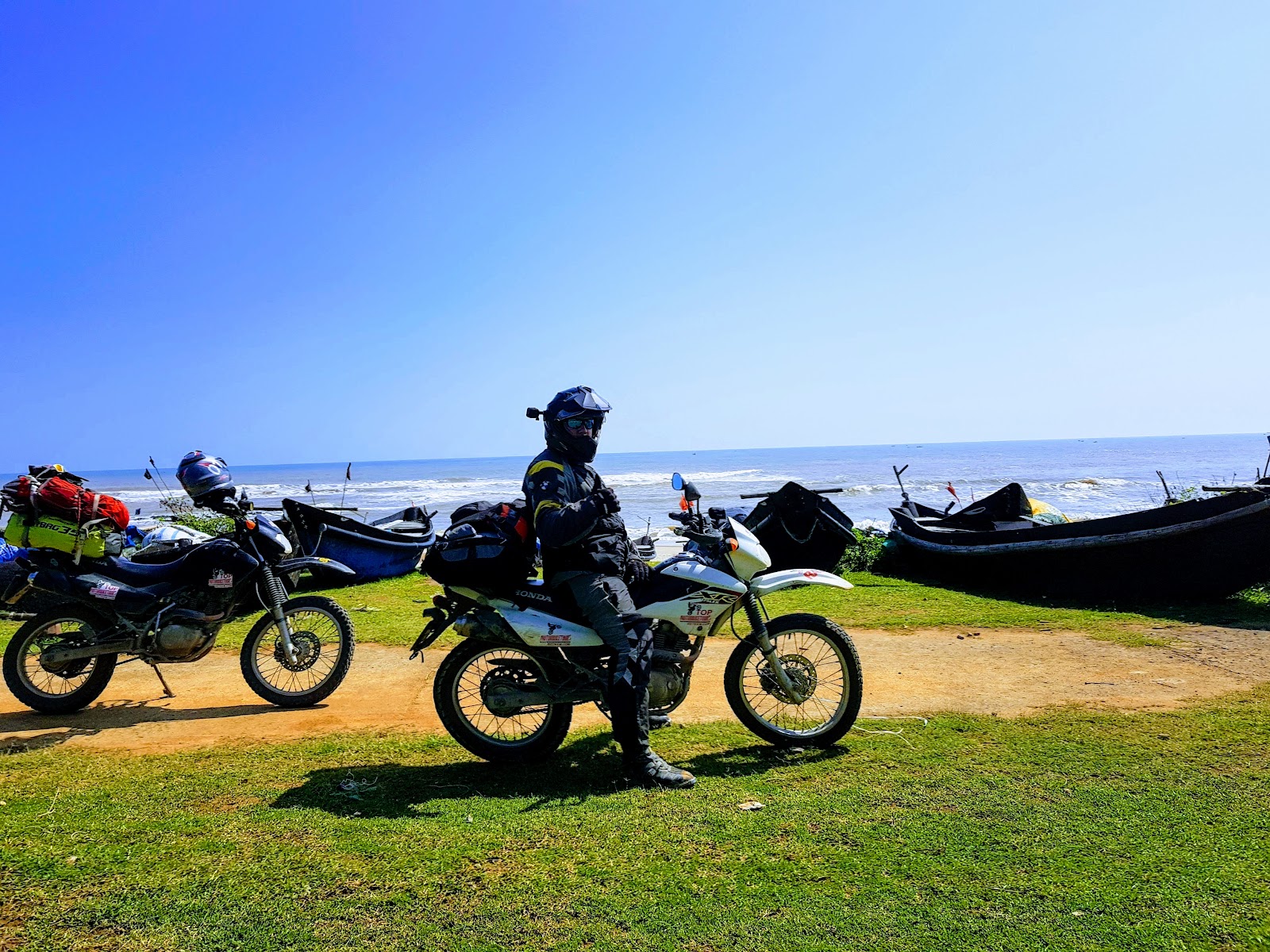 We start our day by visiting the historical site, Ta Con Airfield (Khe Sanh Combat Base) museum. We then head south into the infamous A Shau valley, an area of intense wartime activity. Ride to the Hamburger Hill on concrete trail, we have a chance for cooling down by doing river-crossing. Arrive to A Luoi, where the mountains are still barren due to the extended effects of the Agent Orange. Cruise through green backcountry down the steep Me Oi pass, we then arrive to the beautiful city of Hue which lies along the banks of the Perfume river. Check in to the hotel. Dinner in town.

We spend the morning to discover the heritage site of Hue Forbidden city. Being Vietnam’s feudal capital from 1802 to 1945 under the Nguyen dynasty, Hue is widely known for the magnificent architecture of its citadels, palaces, royal tombs, pagodas and temples set on a poetic background of greenery on the banks of the Perfume River. Besides monuments, Hue still retains much of its past glory in daily routines and activities in religion, gastronomy, handicraft, music, the performing arts and traditional festivals.

Check out the hotel, we start our riding day towards Hoi An ancient town. Ride on the coastal road through some fishing villages and massive family ancestor's tombs. We then ascend the Hai Van pass (Cloudy pass) with many glorious views of long and sandy beaches before reaching Da Nang city. Ride along My Khe beach, one of six most beautiful beaches in the world, we arrive to Hoi An ancient city.

Thanks for traveling with Top Motorbike Tours Vietnam!

The Ho Chi Minh Trail - one of the ten best rides in the world.

On the 8 day motorcycle tour on Ho Chi Minh legendary trail, you will have chance to ride along this historical road, where Vietnamese history has turned into a new page. From the North to the South, you can see a range of relics and vestiges to know more about the Vietnam War.

Besides, riding motorcycle tours along coastal line will deliver you the most amazing moments with the breathtaking landscapes. Surely, Vietnam motorcycle trips on Ho Chi Minh road will be the unforgettable memories for every motorcyclists